I literally loved the presentation.

It was truly amazing.

I recently gave a presentation to public health & nursing students from Belmont University (Nashville, Tennessee) who were on a study abroad trip to learn about other healthcare systems in action.

The title of my lecture was ‘Creating & (not?) Meeting Expectations: new thinking needed on nursing & midwifery in Ireland’. I briefly discussed how our ideas of nursing have been established historically (e.g. Florence Nightingale & Walt Whitman) & culturally (e.g. Leanne O’Sullivan – ‘Leaving Early’ & Eleanor Hooker – ‘The Man in Bed Eight’), and then – applying principles of close reading as taken from study of literature – used transcripts of some calls made to RTÉ’s Liveline during the extensive coverage of maternity experiences, to examine how those ideas & ideals are not sustainable, and what we might do to adjust our healthcare systems to modern healthcare expectations.

I’m pleased to say it was well received, as summarised here by the Director of Public Health Program at the College of Health Sciences & Nursing:

Thank you again for speaking to our public health and nursing students.  All of my students commented on how impactful it was to hear the patient testimonies you shared and thoroughly enjoyed the link between humanities and medicine that you so aptly illustrated.

I have tried to realise some of these ambitions by making my classroom a safe (and equal) space in which all my students can take risks. Sometimes it seems that the biggest risk they can imagine is to say something out loud. I know that they are afraid of saying the wrong thing and being laughed at. But I want them to speak despite this fear. Because I worry that if students are quiet about their ideas in class perhaps they will be quiet about other things too. Things they should not be quiet about. If they cannot talk in class, how will they speak out if they [or others] get harassed, or discriminated against, or hurt?

Just attended the ‘Narratives of Health and Illness across the Lifespan‘ conference (- a rather unwieldy title, perhaps  reflecting (unintentionally, I’m sure) the slight nervousness we all seem to feel about looking for a CONNECTION between the “fuzzy and creative” arts & “practical and factual” healthcare).

Because of my personal interest in representations of medicine in literature, I was really disappointed to have missed the first day, which seems to have dealt more specifically with how health issues are treated in narratives and what we can learn from the arts that might help us in healthcare settings:

The second day, which I was lucky enough to be there for, was still very interesting, and perhaps more diverse in terms of the angles from which it came at the relationship between the arts & healthcare. In the broadest terms:

What a range! And playground!

(NB: all the notes here following are my own rough attempts to relay something of what the speakers said; accuracy cannot be guaranteed.)

Medicine as a theme in literature and film was the main concern of Richard Hurley in his talk on BMJ’s editorial approach: how reflections on medicine in a humanities context might “help doctors to make better decisions” (as in, improving their understanding of certain situations, for instance, or making them more alert to other factors in patient-doctor-society relations). Richard finished with the Einstein attributed quote: “Not everything that can be counted counts, and not everything that counts can be counted”.

Thoughts: Can reading & appreciating the arts provide doctors with clinically relevant insights? Are doctors who have an appreciation for and understanding of the arts better at their jobs? (And, in the context of my involvement with medical students: does medical school damage the ‘humanity’ of doctors?)

Hilary Moss’s presentation covered a lot of ground reflecting the range of issues she deals with as an arts officer in a big hospital. What I took most from it was the sense that, at the very least, as significant sites of human society hospitals have to be treated as holistically as any other planned environment, and perhaps we should try even a little harder in their case considering the vulnerability of the people in that environment; and perhaps diversion, entertainment, creative efforts could actually do them some good.

Thoughts: Given limited resources, how much emphasis should be placed on design, aesthetics, cultural activities and arts-based therepeutics in healthcare?

Geriatrician, Des O’Neill was quick to declare his unease with phrases like ‘the healing arts’. Being a physician, he has a soft spot for information derived from hard evidence, statistically significant evidence; and yet, being an aesthete, he is clearly convinced of the need for metaphor and the power of metaphor. He argued that the creativity of older artists demonstrates that our assumptions about ageing, based on false understandings and historic limitations, lead us to overlook the positive aspects of the changes that come about in old age, and to underestimate the massive cost to the economy of treating the illnesses in older people as “just part of getting old”. A paradigm of gradual failing in old age should be replaced by one that acknowledges failing as part of all stages of life, and how loss can be followed by new-found strength.

Thoughts: Could this argument be taken too far and cause us to overspend on extension of life at the expense of improving basic health evenly across all ages?

Graham Mulley, geriatrician, showed how some art could be seen to contribute to a negative stereotype of old age, “not in the best interests of older people.” Bleakness, sadness, decrepitude, burdensome were some of the messages he picked up from the creative works he selected. He highlighted the misapprehension that some diseases are practically CAUSED by old age (rhinopyhma, acromegaly, hyperkyphosis [mostly called ‘dowager’s hump’], for example), when, in fact, they are treatable diseases: ageing is not a “social problem” like homelesses or poverty; its ailments need diagnosis and medical intervention.

Thoughts: Isn’t it possible to argue that if we allow ourselves to see negative stereotyping in the art depicting old people we are misunderstanding artists and their work? Is the creative impulse not more sophisticated than simply positive-negative? Can’t what one person sees as mocking be seen by another as celebrating?

Shaun O’Keeffe employed an analysis of the use of language (syntactic complexity, mean number of clauses per sentence, rate of new word introduction etc.) as a reflection of cognitive health to prove that not everyone’s faculties are impaired by ageing. Common but not inevitable, with the ring of down but not out, was the gist of it.

Terry Dolan decided against calling himself a victim because it was “too dramatic” for something as “banal and ignoble” as the effects of a stroke, in his view. He didn’t use survivor, either, and didn’t have to explain why. ‘Insider’ was, typical of him, le mot juste. He relished the irony of Joyce giving up medicine because he didn’t understand the terminology. By the law of unintended consequences, he lives, with his gammy arm, travelling more in memory now than in space (and insisting that Skellig Michael is more thrilling than anywhere else he’s been on his travels). He touched on his new perspective on older people in recounting how he alone picked up A Short History of Tractors in Ukranian’s negative portrayal of an older character as a “shrivelled wreck”. With great wit he finished by making Hugh Heffner’s ‘Age is just a number’ stand for Obama’s ‘Is feidir linn’.

Brina Casey summarised what the National Gallery can offer in terms of bringing visual arts to a wider audience, and the images that Ronan Mullen showed us from the ARThritis Art Programme made me want to ask if the participants were in fact artists who happened to have rheumatoid arthritis. They were truly stunning images that called out from depths that one would prefer not to have to experience.

At that stage, I had to put down my pen, so overflowing was my cup, but the remaining papers were all similarly engaging. 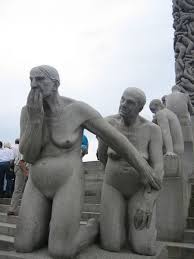 A major international conference with an arts in healthcare theme is to be held in June 2011 at the Royal Irish Academy, Dublin. Anyone with an interest in this important aspect of healthcare systems is invited to attend.

The conference, entitled Narratives of Health and Illness across the Lifespan, is organised by the National Centre for Arts and Health and is among the many academic activities marking the Tercentenary of the Trinity College Dublin Medical School. It is sponsored by the Meath Foundation.

This major international conference reflects the vitality of arts in health programmes at AMNCH and beyond, as well as featuring experts on medical humanities and arts therapies.

One of the highlights of the conference is the first public performance of composer Ian Wilson’s new work, Bewitched, which he made as part of an Arts Council funded residency in the stroke service at AMNCH.

Full details of the conference and registration can be found at www.artshealthwellbeing.ie