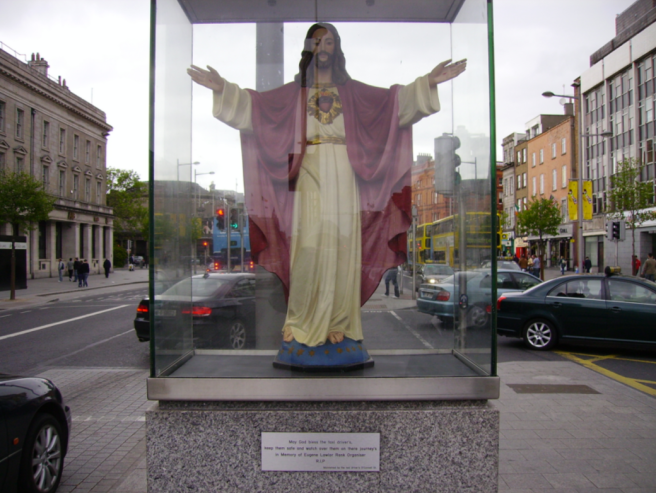 Anne Enright, from the essay, Difficulties with Volkswagen:

“Perhaps Ireland was not real enough to have real childbirth in it. The question remains as to why, in a country obsessed by reproduction, obsessed for decades with the ownership of female fertility – a country, moreover, with more decent writers per acre than any other piece of land in the world – there are so few accounts of labour and birth in Irish literature.

These subjects are deeply taboo, but that is not a real excuse: Irish writers have long been in the business of breaking taboos. Many Irish writers were men – but so was George Moore. Many of the women writers did not have children, or if they did, they had no time to write anymore. ‘For every baby a tooth,’ they used to say, and, when I started out, ‘for every baby a book’. (They were wrong.)

But even if the writer is a woman, and one who has given birth, there are problems writing the experience into a novel, as opposed to a non-fiction account. It is hard to remember a labour, unless you remember it too well. There is also an uncoupling of cause and effect. The beauty of the child, the fact of the child, has very little to do with the ease or difficulty with which they came into the world, and novels are all about cause and effect.

Birth is so melodramatic. It is, in a funny way, an accident, the way a car crash might be an accident, and accidents make us question the fiction – Who made this up? you say. This is one of the reasons why there is a lot of sex in novels and very few babies. Paradoxically, modern fiction describes many, many sexual positions, and almost no contraception. Babies themselves make poor characters in novels: they may have personality, but they have very little moral agency. Actually, let’s face it, mothers make poor characters in novels: they have limited choices, and there is always something on their mind other than the plot. It is very difficult to think of novels – or, indeed, of Shakespeare plays – that have a mother as the central character.

Of course, when the novel shades into genre – historical fiction, sci fi, and horror, it deals with childbirth alright, but in the gothic, spooky, or sweaty-screamy way: there are birth scenes in Gone with the Wind and in Rosemary’s Baby, and Danielle Steele is rarely without one, apparently. But the history of the modern novel is the history of the individual in society, and childbirth, I would argue, is not about the individual. It is about … something else.”